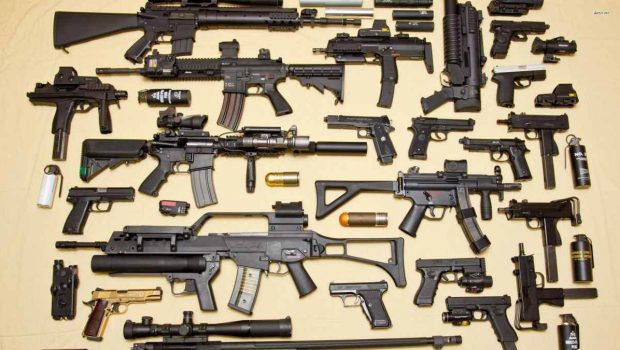 Adam Winkler
Thanks for your thoughtful, point-by-point reply, David. You say that licensing standards for possession of a gun in public shouldn’t be applied in the home and analogize to free speech law, where we sometimes require a permit for public speech but not for speech in the home. I’m inclined to agree that we don’t need licensing for home possession—I, too, was going for an analogy, pointing out that we need better laws to keep felons and the mentally ill from purchasing or possessing guns. For the purposes of a good repartee, however, let’s step back and examine the analogy to free speech and the First Amendment. This is a favorite of many in the anti-gun control community, who often say we should treat the right to bear arms of the Second Amendment just like we treat the right to free speech in the First Amendment. Is this really a persuasive way of thinking about Second Amendment rights? Your analogy to public demonstrations suggests one reason why it isn’t. You agree that licensing is appropriate for public possession of firearms but such licensing would not be appropriate for all public speech. We do allow cities and states to impose a permit requirement on parades, but not on public speech more generally. Under the First Amendment, we can’t require people to have a permit to stand on a street corner and pass out political literature or to talk about politics in a public restaurant. Yet that’s what shall issue licensing is: a requirement that any public exercise of the right be permitted. If the parade analogy is apt, then we should only allow licensing for large public gatherings of gun possessors, not solitary, individual instances.

Nonetheless, it is certainly true that the First Amendment sometimes distinguishes public speech from speech in the home. Obscenity, for example, is subject to more regulation in the public sphere than mere possession in the home. Isn’t the reason for this, however, because there are heightened dangers or costs to public speech in such circumstances? The parade may be expensive for the city to police and clean up, and obscenity in public risks exposure to children and contributes (or so the courts say) to crime. By contrast, speech in the home rarely hurts anyone in a constitutionally cognizable way. When it comes to guns, the dangers and costs are not necessarily so much lower in the home than in the public sphere. As you know, most gun deaths and injuries occur in the home. Most suicide by gun occurs in the home, and possession of a gun in the home is associated with a fivefold increase in the rate of intimate partner homicide. Nearly all the childhood fatalities by gun also take place in and around the home. We have much stronger reasons to regulate guns in the home than we do to regulate speech in the home.

This just highlights why analogizing guns to speech may not be the most appropriate way of thinking about these constitutional rights. Some might respond that we should treat all rights the same. But that’s never been the way the courts have interpreted the Constitution. The courts treat every right differently depending on the values served by the right and the contexts in which the right is exercised. For instance, we don’t treat the right to vote just like the right to free speech. The Constitution allows a variety of burdens on voting that we wouldn’t allow for speech, including advance registration, one vote per person, and denying the right altogether to minors, felons, and non-citizens. In fact, at least some of those limitations seem appropriate for guns: we require, in all but a few states, advance registration to carry a gun in public and bar minors and felons from exercising the right. My point isn’t that we should treat right to bear arms exactly like we treat the right to vote—although that would be a better analogy than the freedom of speech—but that every right is unique and ought to be considered on its own. Given the dangers of guns in the home, we should consider doing more to keep guns out of the hands of felons and the mentally ill, regardless of whether similar restrictions would be appropriate for speech.

The judicial tools of “strict scrutiny” and “intermediate scrutiny” were originally created for analysis of Fourteenth Amendment’s Equal Protection clause, regarding race and sex discrimination. The scrutiny rules proved to be so useful that they have been used by judges in deciding First Amendment cases, Second Amendment cases, and many others.

There are plenty of modern anti-gun laws whose sponsors frankly stated their anti-constitutional purpose: Suppressing gun ownership in general (rather than the constitutionally legitimate purpose of suppressing gun ownership by criminals or other especially dangerous people). Or trying to reduce the “proliferation of guns” in society—the equivalent of trying to constrict the “proliferation of newspapers and churches.”

Laws which are based on explicit animus against guns, gun owners, or defensive gun ownership should be very highly suspect, in constitutional terms.

Heller teaches that the core purpose of the Second Amendment is self-defense, especially in the home. As in the 1940s with the First Amendment, some courts and scholars refuse to acknowledge any protection for any activity outside the core. Yet the better reading of Heller, as elucidated by McDonald v. Chicago, is that the Second Amendment protects all legitimate purposes for possessing and using firearms. The government certainly has more leeway in setting reasonable hunting regulations than it does in restricting self-defense, but hunting is still a Second Amendment activity.

4. The First and Second Amendments are full of synedoches. A synedoche is the use of one part of something to refer to the whole. For example, a person refers to his automobile as “my wheels.” The First Amendment’s freedom of “the press” is a synedoche; the Amendment’s protection applies to many types of communication which are not produced with printing presses—such as political flyers which are handwritten rather than printed.
In the 1930s through the 1970s, courts and legal scholars spent a lot of time trying to figure out whether radio and television were protected by the First Amendment, since they were not a “press.” Conclusively resolving that question in favor of freedom made it easy for a later generation to recognize websites and blogs as obviously part of the freedom of the press.

Similarly, the Second Amendment’s protection of “arms” is not limited exclusively to weapons. It includes defensive devices—most obviously, armor. (Today, kevlar; in earlier times, of leather or metal.) It includes “alarms.” (Whose word root is the Italian “all’arme”—literally “to the arms”). So a government could not legitimately outlaw burglar alarms.