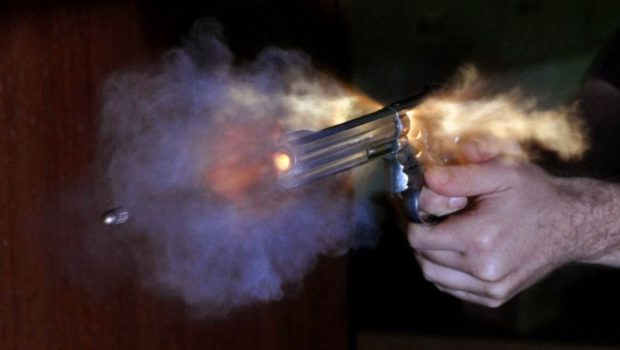 Adam Winkler
No doubt some First Amendment principles can be useful in the interpreting the Second Amendment. Yet there are important reasons to resist the comparison. Saying that both the First and Second Amendments protect inherent natural rights obscures perhaps the most fundamental difference between them: everyone has a right to free speech and not everyone has a right to arm themselves for self-defense. The language of natural rights suggests that everyone is born with the right and should be able to exercise it, regardless of one’s status in the community. The Second Amendment does not—and should not—provide that kind of protection. Rather, courts consistently say that, unlike speech, minors don’t have a Second Amendment right to have a gun. Courts, including the Supreme Court in the Heller case, rule that people who commit felonies lose their Second Amendment right to have a gun. The same holds for people with mental illness that makes them dangerous, people dishonorably discharged from the military, people under a restraining order in a domestic violence case, and undocumented immigrants. Usually we don’t think of natural rights as ones that people need to have qualifications to exercise.

This isn’t just a debate about the semantics of “natural rights.” A whole range of gun control laws are aimed at keeping the wrong people from easily obtaining or possessing arms, such as background checks that verify someone is not a prohibited purchaser and permitting requirements for concealed carry. In First Amendment law, we call such restrictions and qualifications “prior restraints” and look upon them with great skepticism. Yet courts have, wisely, refused to treat such restraints in the Second Amendment context as suspect.

Nor do I agree that First Amendment principles like avoiding malicious legislative intent are especially helpful in the Second Amendment context. Sadly, there’s always going to be some lawmaker that hates guns and wants to get rid of all of them in civilian hands. Should that mean that legislatures, which are largely comprised of people who don’t feel that way, be stopped from enacting gun laws? I’ve no doubt that some members of Congress back in 1993, when the Brady background check law was enacted, really hoped that one day we’ll have a society with far fewer guns. Yet the law they passed was perfectly legitimate and has been upheld consistently. Motive analysis won’t get us very far because courts, in case after case after case, recognize that the overriding legislative motive behind gun control laws is enhancing public safety. The fight in the courts is, and always will be, over the fit between the law and public safety—not about what illicit motives some random lawmaker had.

When it comes to fit, courts should be attuned to vagueness in a law. There are important due process concerns, wholly apart from the Second Amendment, that make ambiguous laws problematic. Nonetheless, beyond due process concerns, the additional reasons we have a void for vagueness doctrine in the First Amendment are just not applicable to the Second Amendment context. The chilling effect when it comes to guns is not nearly as troublesome as in the First Amendment. We worry about chilling speech because unspoken speech is thought to be an injury to the society or person: something that might shape our view of the world remains unspoken, or someone’s expressive self-fulfillment remains incomplete. Is that really the same in the Second Amendment context? Let’s imagine a hypothetical law restricting so-called assault weapons that has ambiguity to it that chills some people from buying a variant of the AR-15. (We don’t really have to try our imaginations there, do we, David?) Is society really harmed in a way cognizable under the Second Amendment (as distinct from due process concerns)?

Arguably no: the person still has the right to posses hundreds of other weapons to satisfy the core purpose of the Second Amendment: self-defense. Unlike the world of ideas, which can grow and change and be shaped by new expression, self-defense is self-defense. So long as the weapon is sufficiently powerful, both the personal and societal reasons for the Second Amendment are satisfied. Being chilled from, say, having a firearm with a flash suppressor when you can have the very same firearm without hardly amounts to a constitutional injury.

These are just some of the reasons why courts today are rejecting the First Amendment analogies in Second Amendment cases. Of course, when the Supreme Court weighs in, all that may change. One thing I’m certain of, however, is that we need discussions such as the one David has honored me by engaging in so that we may sort out the proper way to interpret the Second Amendment. For such an old provision, there are so many questions to sort out. Having thoughtful scholars like David writing in this area will undoubtedly help the courts come to a better understanding of this long misunderstood provision. I know David’s work has helped my thinking, even in the few places we disagree. Thanks again to The Repartée and to David for joining me in this fruitful dialogue…

Dave Kopel
Minors don’t have Second Amendment rights? I disagree. What is it if a state prohibits any person under the age of 18 years old from holding a gun in her hand? Or a state forbids any minor to use a firearm for lawful defense of self and others under any circumstances. Both laws would be patently unconstitutional.

As with minors exercising their rights of freedom of speech, there are restrictions on minors’ exercise of Second Amendment rights which might be constitutional for minors, but would not be constitutional for adults. For example, laws which forbid persons under 18 from buying guns in retail stores. Or a state’s policy of issuing concealed carry permits only to adults.

You are right that the First and Second Amendments are different in that the Second Amendment has categories of “prohibited persons” who are forbidden to exercise the right. The core category for this is convicted violent felons. In this regard, the Second Amendment is similar to the Fourth Amendment. As a condition of probation or parole, a person may be stripped of Fourth Amendment protection against warrantless searches in the home; the probation or parole officer may have the authority to show up at the person’s house any time, and look around inside.

The question of malicious legislative intent is an area where the First Amendment provides very helpful guidance. You urge that the malicious intent of a few gun-hating legislators shouldn’t be a reason to declare unconstitutional a bill which most legislators voted for for legitimate reasons. Agreed. That’s already the standard established for the First Amendment.

For example, in the 1968 case United States v. O’Brien, the Supreme Court upheld a federal statute against the destruction of draft cards. The Court noted that Congress had lots of good reasons to vote for the statute—particularly, the efficient operation of the Selective Service System. A few representatives had indicated their desire to suppress draft card burning as a form of protest against the Vietnam War. The Court held that while these representatives’ motives were plainly contrary to the First Amendment, the anti-rights motives of a few legislators did not poison the statute as a whole.

The same rule can directly be applied to the Second Amendment. Congress does have a dedicated minority of people who hate guns and gun owners. Any gun control bill that passes Congress will get the pro-hate vote. But that shouldn’t automatically make the bill unconstitutional.

Rather, the inquiry about anti-constitutional animus should focus not on the fringe, but on the core of the bill’s advocates. For example, what did the chief sponsors say? If the sponsors are plainly motivated by anti-constitutional bigotry, the bigots’ bill ought to be very carefully reviewed by the courts.

The chilling effect of vagueness is particularly harmful in a Second Amendment context. Licensed firearms dealers operate their businesses in a very highly regulated context. They can lose their license, or have the license not renewed, for regulatory violations. In this regard, the First Amendment’s concerns about the chilling effect of vague laws is even stronger in a Second Amendment context than in regards to the First Amendment. Bookstores, after all, are not required to have a federal license just to sell books to the public. There’s no federal or state regulator with the ability to yank a bookstore’s license for alleged violations of a vague law about what kind of books may be sold.

Different types of guns are not fungible. It is not reasonable to tell somebody “So what if a vague law prevents you from obtaining an AR-15 rifle? You can just buy a .357 revolver instead.” The problem is that the gun which is made unobtainable by a vague law may be the best firearm for that particular person to be able to use safely for self-defense. For a disabled person with mobility impairments and weak upper body strength, the low recoil, easy to control AR-15 is often the best choice for home defense. For another person, whose personal situation requires walking at night in high-crime neighborhoods, the powerful .357 revolver, with its ability to stop an attacker with a single hit, might be the best choice.

Courts ought to be especially vigilant in protecting the public from miswritten, vague laws which may thwart lawful self-defense.

Like every part of the Constitution, the Second Amendment is unique. One of the things that makes the Second Amendment different is that it very directly and immediately involves matters of life or death. Guns in the wrong hands are a deadly threat to public safety. That is why the Second Amendment (unlike the First) allows for the creation of “prohibited persons” categories for people who have proven themselves to be violently dangerous to others.

Conversely, a wrongful deprivation of Second Amendment rights—including the right to use the best firearms for one’s personal self-defense needs—can literally be fatal. The Washington, D.C., handgun ban of 1976-2008; and the virtual bans on defensive carry in Los Angeles and Baltimore are the kind of Second Amendment violations which directly cause the death of innocents.

In the repartee, Adam and I have concentrated our fire on the subtopics about which we at least partially disagree. But our disagreements are on the details. On the bigger picture, we agree:

The individual right to keep and bear arms has always been an important, and constructive, part of our nation’s history. Our nation’s history has also established the principle that the right to arms is not always absolute. The gun controls which genuinely improve public safety without infringing the exercise of Second Amendment rights are also a legitimate part of America’s history and tradition. Such controls help to perfect the Second Amendment itself. That is the fundamental insight of Adam’s book Gunfight, which has done much to clarify my own thinking on the Second Amendment.