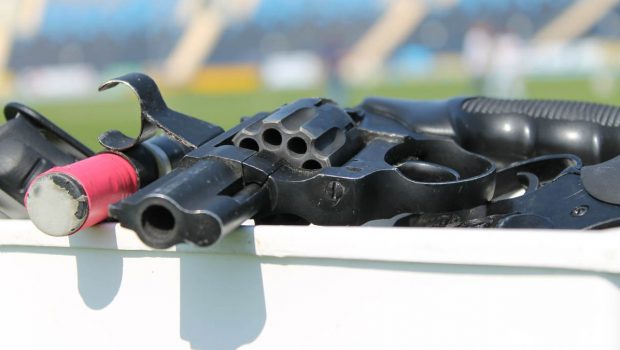 Adam Winkler
It is an honor to join The Repartée with David Kopel, who is in my view the most insightful and learned advocate of a muscular right of individuals to keep and bear arms. Dave’s scholarship has much to teach advocates on both sides of the gun issue; I know, as I’ve learned from it so much. My sense is that David and I agree on a number of gun questions, most notably the existence of a constitutional right of individuals to have guns. Yet we likely diverge on a number of others, including what steps we might take to reduce gun violence and what laws restricting access to guns are constitutionally permissible under the Second Amendment. In American law and politics today, it is those latter questions that matter and continue to divide so many.

In the spirit of this repartee, let me begin by defending the most important reform proposal to emerge out of the tragedy at Newtown: universal background checks. Federal law currently only requires background checks for purchases from licensed gun dealers. Yet you don’t need a license to sell guns—and felons unable to lawfully buy guns can go to gun shows where they’ll find plenty of unlicensed sellers offering their wares. I assume you agree with me, David, that convicted felons should not be able to easily buy guns. Why, then, would a conscientious gun owner—as most gun owners I’ve met are—oppose universal background checks, which make it harder for felons to obtain guns? While some felons would certainly find other sources of guns, shouldn’t we do more to make it harder for them? There’s no reason, in my opinion, why anyone should be able to buy a gun without first passing a background check.

Dave Kopel
If more people approached gun policy the way Adam Winkler does, we could make a lot of progress towards better gun policies. Adam’s essential insight, which is very well presented in his book, is that gun rights and gun control have always been part of American gun policy. The Second Amendment accommodates both of them.

A good example of laws which successfully integrate gun rights and gun control are the “Shall Issue” laws for handgun carry licensing in most states. Those laws provide a fair and objective process for law-abiding citizens to be issued permits to carry concealed handguns for lawful protection. The laws have controls such as background checks (which are typically much more extensive than for simply purchasing a gun) and safety training. The laws also protect the right to bear arms, by ensuring that licensing officials do not deny applications simply because the issuing official does not like the idea of people carrying guns.

As to Adam’s question about background checks on private sales: if anybody actually proposed this, it would probably pass, with overwhelming political support. The reason it hasn’t been enacted in most places is that the bills which are actually introduced are bait-and-switch.

Adam Winkler
“Shall issue” permitting for concealed carry has become popular over the past two decades, as more and more states allow people to carry guns in public. Despite an outcry from many on the gun control side, these laws have not led to dramatic increases in violence. They are, however, a good example of how background checks can work to keep guns out of the hands of illegal gun owners, like felons and the mentally ill. As David notes, these laws involve background checks—and yet they don’t lead inevitably to a gun registry. Nor have they been the basis for widespread efforts by the government to confiscate people’s guns. Why don’t we have “shall issue”-like laws for gun purchasing? Indeed, that is what a universal background check law would be. If you want to buy a gun, you submit to a background check and, barring discovery of felonies or adjudicated mental illness, you can buy one. What we have today is a nonsensical regime where some gun purchases are shall issue—those conducted by a licensed dealer—and others are just anarchy—those by private parties without a license.

No doubt there were problems with the recently considered background check bill. Every proposal has flaws. But the way to eliminate those flaws is to propose sensible amendments. David says that a true universal background check law would easily pass. I can’t disagree more. There is no will among staunch gun rights advocates for such a law—and they did everything in their power to prevent one from being enacted. Did they propose to amend the law to allow spouses access to weapons? No, they just decried the law as a violation of the Second Amendment. That claim was itself wrong—none of the recent gun proposals in Congress were likely to be struck down by the courts as a violation of the Constitution. Yet this has become the response de rigueur, and it makes compromise impossible. Who, after all, wants to compromise with someone hell-bent on violating the Constitution? Gun control advocates would gladly accept an exception for loaned guns to spouses, even if they might have sensibly noted that we don’t allow shall issue concealed carry permit holders to loan their permits to spouses.

David also promotes what I view as a fallacy: that background checks lead to registries. In fact, the proposal considered in Congress would have made it a felony for government officials to create a registry. While the language of the bill could have been strengthened—it only applied to some government officials, when it should have applied to all—that could have been done by a simple amendment to the legislation. Instead we heard more of the same: the law violates the Second Amendment, gun control advocates want to take away all our guns, and we won’t compromise our rights.

The gun control movement once aimed to eliminate civilian gun ownership. Yet the movement has radically changed, forced by the political realities to compromise. Now they push for more sensible alternatives to gun confiscation (sometimes: as David and I agree, bans on assault weapons are silly and ineffective). Gun rights advocates, however, have hardened in their radicalism. They oppose any gun law, no matter how reasonable, and refuse to even negotiate to make laws like universal background checks effective and workable. They seem to have realized that there’s no political benefit from compromise. And so the gun debate continues to spin out of control.

Dave Kopel
There are a lot of different issues in Adam’s latest post. I’ll try to address each of them briefly.

2. Besides that, the typical licensing process for a carry permit is several months, which is far too long a prior restraint on the exercise of a fundamental right in the home.

3. The flaws in ALL the background check bills being pushed in Congress and around the country are not drafting errors. They are the product of the Bloomberg lobby. These bills can’t be fixed by amendments. Once you start with the principle that temporary transfers of firearms (e.g., loaning a gun to friends or family) are supposed to be treated like buying a gun in a store, there is no way to write sufficient exemptions to cover everything that should be exempted. The myriad varieties of temporary transfers makes this impossible.

4. Background checks don’t have to lead to registries if the background check law requires the prompt destruction of records of approved sales. But when a bill requires that a background check for a private sale be performed by a licensed firearms dealer who must treat the transaction as if he were selling a firearms out of his own inventory, then you do create a registry. The Gun Control Act of 1968 requires record-keeping by all gun dealers (FFLs: Federal Firearms Licensees). When the dealers retire, they must give all their records to the Bureau of Alcohol, Tobacco, Firearms and Explosives. This means that we currently have a decentralized system of registration already for dealer gun sales. One of the most powerful deterrents to gun confiscation is that in the vast majority of states there are no records of secondary sales; so knowing where all the guns are is practically impossible. People who are serious about getting background checks on private sales should propose a system which doesn’t produce permanent records.

5. While Heller’s 5-4 majority endures, the gun prohibition lobbies are not attempting to outlaw all handguns. This has not stopped them from pushing through the most oppressive and abusive laws that a particular political situation allows. For example, because of Bloomberg/Brady teaming up with New York’s, Governor Cuomo, to slam through the legislature a bill that no legislator had time to read, New York now bans having more than seven rounds in a gun kept in the home for self-defense. Similarly, New York and Connecticut have outlawed hundreds of traditional firearms, based on the absurd claim that a gun with a minor feature such as a thumbhole stock is an “assault weapon.”

6. The notion that the NRA never compromises is belied by the recent enactment of “Shall Issue” legislation in Illinois protecting the right to carry. That bill contains dozens of compromises, and many restrictions which the NRA didn’t like, but the NRA was willing to accept them in order to make a huge step forward in allowing the practical exercise of the right to bear arms. “Compromise” is not the same as giving people who seek your destruction some of what they want now, in exchange for nothing in return.